The world of medicine and pharmaceuticals is in the midst of a sea change toward biopharmaceuticals, gene and cell therapies, diagnosis and prevention. AGC has established a global platform in Japan, the U.S., and Europe in the field of biopharmaceuticals, and is advancing its contract manufacturing business. Looking ahead, we will continue to develop innovative products and services that meet the needs of future changes in medicine by combining various technologies. 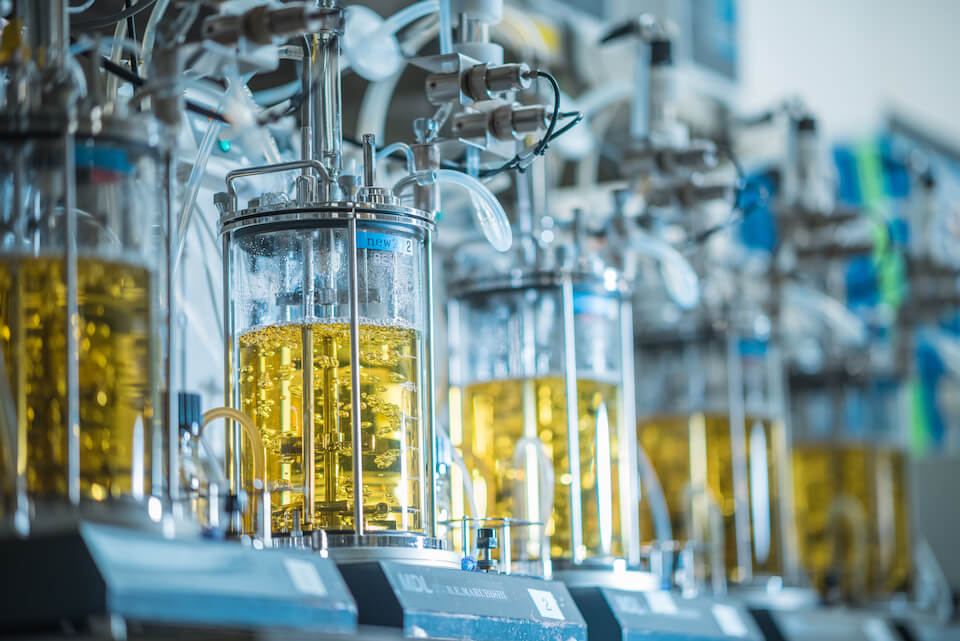 Restarting the business with only a few staff

In the first half of the 1980s when Japan enjoyed stable growth following the period of high economic growth, domestic manufacturers of chemical products advanced into the pharmaceutical field one after another. As the background of this trend, there was increasing momentum among them to expand business to different kinds of industries to make the most of their potential. It was in such a trend that AGC established the Biochemical Group in 1983.

The situation, however, changed drastically in the mid-1990s. Due to the rise of low-priced products from manufacturers in China and India in addition to the collapse of the bubble economy, many chemical manufacturers had no choice but to withdraw from this industry or downsize their business. AGC was no exception. A large-scale reduction in workforce was conducted in the fine chemicals domain as well as the biotechnology domain which were the core of the life science business, and only a few people remained in the new organization. Despite such a reduced organization, the Company’s management decision at that time to continue research activities, rather than to entirely withdraw from the business, meant a lot many years later.

The biotechnology research group which had been reduced to a small organization, narrowed down its research themes in line with its limited resources for survival. As a result, they found a major potential in the technology for producing protein using microorganisms, and determined to start development.

In those days, there was already a technology for manufacturing pharmaceutical products using E. coli, but the same method could not be applied in order for us to demonstrate the originality of AGC. “Isn’t there another microorganism acting as a host other than E. coli?” That was the very question the members of the development team asked themselves while continuing the search enthusiastically.

In the process, they found a certain kind of fission yeast. The scientific name of this yeast is Schizosaccharomyces pombe, named after “POMBE,” the Swahili name of a kind of locally brewed beer in East Africa, from which this yeast was isolated. Unlike generally known yeast in which reproduction takes place by budding, this fission yeast is exceptional due to the fact that it divides like higher organisms, and the similarities to higher organism cells are also observed in the chromosome structure. In 2002, the genome base sequence was decoded completely, and for the relevant genetic study, the Nobel Prize in Physiology or Medicine was awarded to Sir Paul Nurse, a scientist from the United Kingdom. Through an academic society, we got in touch with an academic who had studied with Sir Paul Nurse, and began full-scale research based on his advice.

The technology that the team intended to realize was to efficiently produce the desired protein by culturing the host (yeast) in which a vector (a DNA molecule which conveys a specific gene) is incorporated.

Unexpectedly, however, the study faced a difficulty from the very beginning. While genetic modifications were conducted by using the vector provided by the academic, the team could not produce protein at all. In pursuit of an optimum solution for generating protein, vector improvement tests were repeated hundreds of times. And at last, they discovered that the efficiency in generating protein rose significantly under a specific condition, which was a breakthrough for accelerating the basic study at once.

While they were thus confident about the production of protein through genetic modification, a phenomenon of the sudden disappearance of the generated protein occurred frequently. This was because the yeast ate the protein. The team quickly resolved the problem by changing the property of the yeast, and the research results were published in the globally recognized magazine “Nature Biotechnology.” That was the moment in which AGC’s biotechnology suddenly attracted a lot of attention.

Number One CDMO in Japan

In 1997, this technology was named ASPEX (AGC Schizosaccharomyces pombe Expression System), and marketing activity started. The first target market was the United States, the most advanced technology market. As a result of our efforts to demonstrate ASPEX at exhibitions using the research paper published in “Nature Biotechnology” magazine and the research data, we succeeded in entering into a technical licensing agreement for yeast production for industrial use with a US company. The said yeast, if added to livestock feed, works to alleviate impact on the environment by lowering the phosphorus concentration contained in excrement, and is sold globally to date.

In parallel with those activities, AGC established facilities in conformity with GMP (Good Manufacturing Practice), and made approaches to domestic pharmaceutical manufacturers with the initial purpose of becoming a contract manufacturer. In this business field, AGC was not widely known and had no track record, but unexpectedly, such a situation worked in our favor. To be a contract manufacturer, it is necessary to carry out process development with a pharmaceutical company from the development stage, and high confidentiality as well as advanced technology is required of the partner company. From such a point of view, AGC is in a position to do business with any pharmaceutical company in every direction and keep an equal distance from each. Furthermore, the Asahi Glass brand enjoys excellent social credibility. Thus, AGC was equipped with the ideal as attributes of a contract manufacturing company.

Subsequently, AGC recorded steadily increasing order receipts for contract manufacturing, and built a new facility in the Chiba Plant in 2008 which was 10 times larger than conventional facilities. As a result, AGC is now in a firm position as the CDMO with the largest production capacity in Japan. 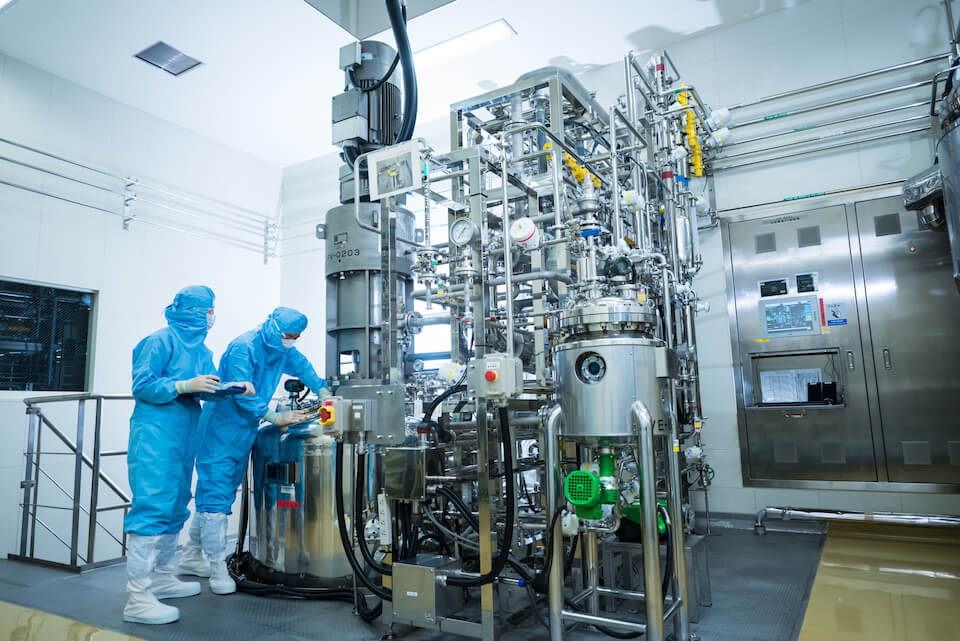 And AGC's biotechnology business is now on the verge of stepping up another notch. In 2016, following the acquisition of Biomeva GmbH of Germany, AGC acquired CMC Biologics, a global animal cell-based CDMO company, the following year. In January 2018, AGC Biologics started globally integrated operations. This allows AGC to offer its customers around the world smooth and efficient proposals for solutions, and to provide them with a higher quality of service based on our experience at all sites. Targeting the global market, we have strengthened our capabilities in microbial and animal cell-based manufacturing and in the production of new types of biopharmaceuticals, such as cell therapies and antibody-drug conjugates. Furthermore, in 2020, we expanded the scope of our business to the fast-growing gene and cell therapy field and provide gene and cell therapy CDMO services.

AGC’s biopharmaceutical business, which had restarted with only a few staff, is now able to thrive in the global market exceeding the expectations of those such as the then Director of the Central Research Center who had decided to continue the research activities.