As a supplier of automotive glass, AGC has been enhancing the functionality of glass with high value-added products such as UV protection, ultra-water repellent glass, and built-in antennas.
The automotive industry is now amid a paradigm shift embodied in the CASE (Connected, Autonomous, Shared & Services, Electric), and a new level of functionality is required for glass.
Glass has evolved from a passive presence as a transparent material that separates the inside and outside of a vehicle, to an active presence that displays and provides necessary information to the driver. AGC proposes materials and solutions that connect the inside and outside of a vehicle and play an active role in safe driving. 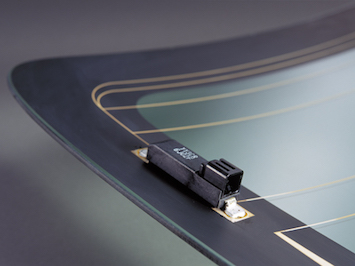 More than 100 years have passed since Henry Ford opened the door to motorization by mass production of cars. Cars have rapidly progressed in terms of performance, safety and comfort, and have played a leading role not only in the industrial world but also in social development.

At the beginning of the 1950s, AGC started supplying processed automotive glass to the rapidly growing Japanese automobile manufacturers. The natural transparency of glass and safety were the requirements for automotive glass at the time. In other words, automotive glass was basically satisfactory if these two criteria were fulfilled. However, as time passed, glass with complicated shapes corresponding to the design of automobiles and glass with various functions became new requirements.

One of these new requirements was the glass antenna - glass which has the function of an antenna. This technology was born in the United States in the 1970s. The purpose was to receive radio broadcasts such as AM and FM. Metal rod antennas were used before, but as they restrict car design and are fragile, a method to add the antenna function to the glass was invented.

Automobile manufacturers in Japan were interested in glass antennas in particular, and in the late 1970s, and they requested AGC to develop them. At that time, many thought glass antennas were supposed to be developed by antenna manufacturers. This way of thinking still remains prevalent in Europe and the United States.

It was unusual for glass manufacturers to overturn such common sense and to embark on their development. Therefore, there was a strong opinion saying, "Why is a glass manufacturer developing an antenna?” even within AGC. In such circumstances, there was an executive who focused attention on the telematics service of cars. He was a technical expert developing radars at a university before WWII, and had the strong belief that telematics service will be required for automobiles.
AGC started the development of glass antennas with his support.

However, there were no antenna experts in AGC at that time, and it was thought that AGC would lose in the development competition in terms of time if AGC invited experts from outside the company. AGC invited employees who are amateur radio enthusiasts from AGC factories to form an "antenna team". Although they were amateurs, they had knowledges of the equipment and mechanisms of transmission and reception of radio waves. They were perfect for the development of glass antennas. This was how the development of glass antennas started.

The members repeated many tests, that even involved severe sunburn

Early glass antennas enclosed copper wires inside the windshield, but they picked up noise because they were located close to the electrical components in the engine or motor. AGC invented a method to print and to calcine antenna wires using conductive silver paste for rear glass. This is still the mainstream of glass antennas. The development, however, was extremely difficult.

First of all, glass antennas needed to be "omnidirectional" so that they could receive signals from any direction. In order to realize this requirement, the conditions of antenna lines such as their arrangements, lengths, numbers, etc. needed to be set in detail. The team checked the reception status repeatedly by transmitting radio waves of specific frequencies while driving an actual car. At the same time, a dedicated amplifier was also developed with the cooperation of acoustic manufacturers. One of the members of the development team said:

The team collected and analyzed the reception data for each vehicle type and frequency. The team then performed time-consuming development to change shape and length of antenna lines based on the data day after day. The tests in summer were especially harsh, and our faces and arms became really tanned because of exposure to the sun.

This "primitive" method came to an end in 1989. An anechoic chamber was constructed in the Aichi factory, which led to the improvement of development dramatically. An anechoic chamber is a structure which is surrounded by iron plates with radio wave absorbers layered inside so that radio waves do not leak out, and realizes accurate evaluation of the reception characteristics in a stable radio wave environment. 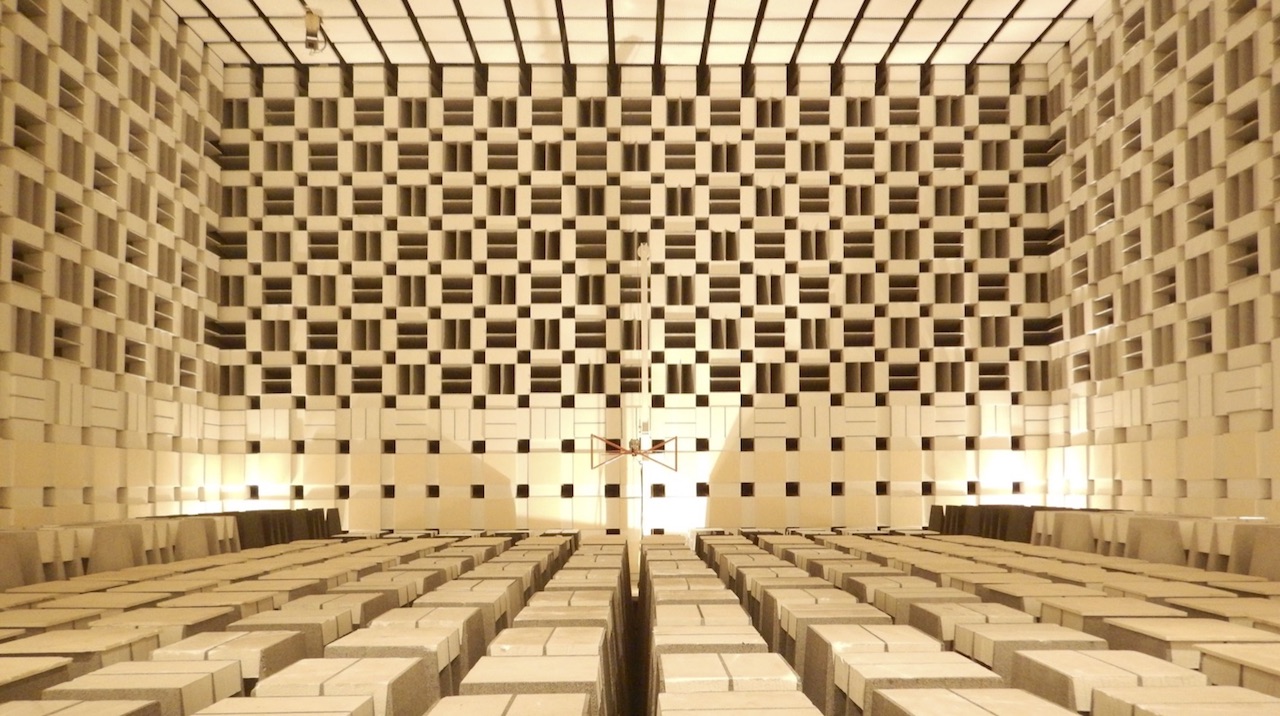 The glass antenna started to evolve rapidly after this investment. Glass antennas with various functions such as reception of AM/FM radio and TV broadcasts which have completely different frequencies, car navigation, keyless system, etc. were developed and have become widely used.

For example, various technologies cultivated by AGC were utilized in glass antennas for Terrestrial Digital TV starting in 2003. One of these technologies was the diversity reception system. This technology enabled the installation of multiple (4) antennas in windshields and rear glass, and was developed to receive analog TV signals. This made it possible to watch television inside the car, which used to be just a dream. In 2007, AGC developed its proprietary glass integrating an antenna element for Digital TV together with the interlayer of the windshield.

These AGC technologies were highly valued not only in Japan but also by international automobile manufacturers, and the number of cars adopting them is increasing.

A century has passed since automobiles have spread to the general public, and now we are in the age of revolutionary change of automobiles than ever before. The era of connectivity in which vehicles and transportation infrastructure are connected intricately as the information bases for automatic driving is around the corner.

One of the important technologies to support it is the automobile glass, as it covers automobiles 360 °. Antennas which can coexist with cameras, sensors and other components while maintaining the safety and the comfort in the cars are mounted, and truly multifunctional glass is demanded.

Just like the development of glass antennas which began from scratch 40 years ago, the challenge for AGC to develop glass for mobility that has never existed before is about to begin again.