Our History of
Value Creation 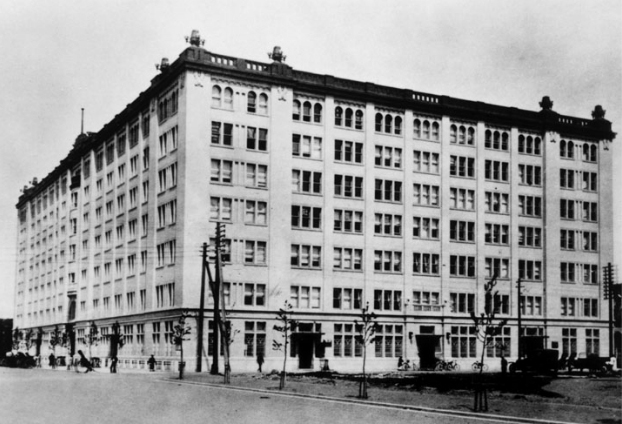 Japan’s transformation into a modern nation state in the early 1900s was accompanied by a nationwide construction boom. The growing use of Western building methods resulted in increased demand for flat glass for use as a construction material. At that time, Japan still relied mainly on imported flat glass.

The founder of Asahi Glass, Toshiya Iwasaki, anticipated growth in the demand for flat glass and was determined to start production of this material in Japan. Asahi Glass Co., Ltd. (now AGC) was established in 1907 and began to produce flat glass in 1909 at a factory in Amagasaki, Hyogo Prefecture. The company subsequently expanded its business to include the manufacture of soda ash and refractory bricks, which are essential for the production of flat glass.

1950s
Advent of the television age 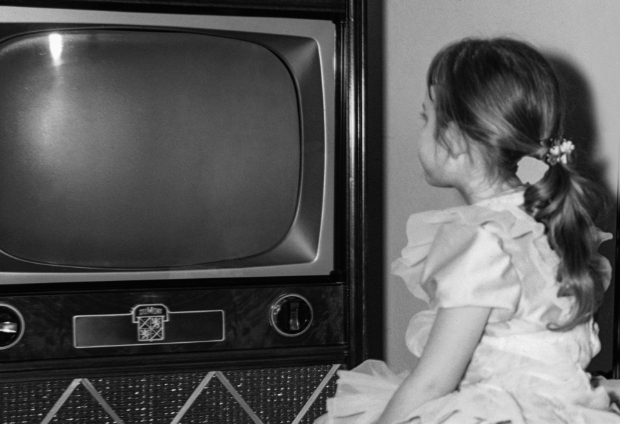 In the 1950s, people gathered to watch professional wrestling matches on street TVs, and NHK launched full TV broadcasting services. The television age had arrived. As Japan entered its era of rapid economic growth, television sets were ranked alongside refrigerators and washing machines as one of the “three sacred treasures” that every household wanted to own. There was a rapid increase in the percentage of homes with television sets.

In 1955, Asahi Glass began to produce glass bulbs for cathode ray tubes (CRTs) to meet the rapidly expanding demand for televisions. By reliably producing CRT tubes, Asahi Glass supported the production activities of home appliance manufacturers and helped people to achieve the dream of having televisions in their homes.

The dawn of motorization in Japan 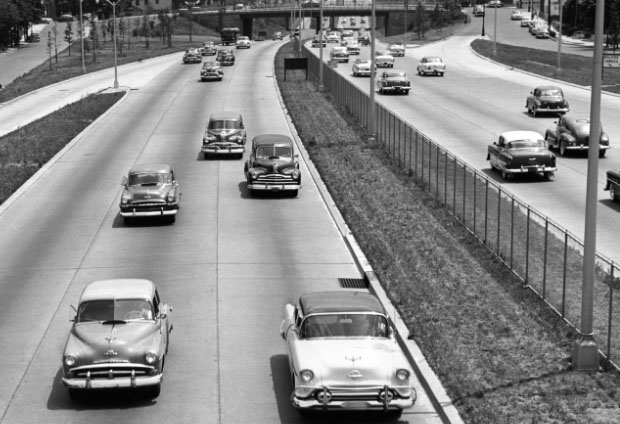 In the mid-1950s Japan transitioned from postwar recovery and reconstruction to rapid economic growth. The country began to develop a road network, signaling the start of the motorization era. Demand for automobiles soared, and the family car became a common household possession.

Asahi Glass also contributed to the growth of motorization in Japan. In 1956, as demand for motor vehicles began to soar, it commenced full-scale production of automotive glass. Thereafter Asahi Glass supported the development of automobile manufacturing as a core industry in Japan by reliably supplying high-quality products. This commitment to quality was reflected in continuing capacity expansion and technological improvements, including the installation of the first gas furnace in Japan. 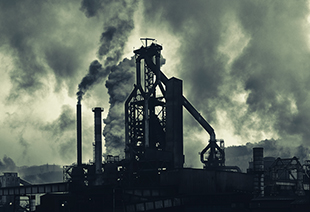 The Japanese economy grew rapidly between the mid-1950s and the early 1970s. By the second half of the 1960s this growth was starting to produce unfortunate side-effects throughout Japan in the form of pollution problems, including air and water contamination, destruction of the natural environment, noise, and vibration. One example of Japan’s increasingly serious pollution problems was Minamata Disease, which was caused by mercury contamination. Serious efforts to prevent pollution began with the passage of the Basic Law for Environmental Pollution Control in 1967.

In the mid-1970s, caustic soda was still manufactured using the mercury cell method. With the growing seriousness of the mercury pollution problem, it became necessary to look for an alternative technology. In 1975 Asahi Glass developed the Flemion™ electrolysis method, which produces caustic soda using ion exchange membranes. In addition to eliminating the mercury pollution problem, this new technology helped to reduce the environmental footprint in various ways, including reduced power consumption. 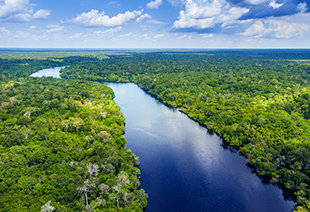 In 1985, a massive hole was discovered in the ozone layer over Antarctica. This led to concern that CFCs and other substances were damaging the ozone layer. By the 1990s, attention was focusing on global environmental problems, such as global warming. This engendered a shared perception of sustainable development as a present and future priority for humanity and triggered efforts to develop countermeasures within international frameworks.

Asahi Glass responded to these changes, which included the formation of international frameworks to address global environmental problems, by continually developing environment-friendly products. It began to manufacture the CFC-alternative Asahiklin AK-225 after the use of CFCs was restricted due to their damaging effect on the ozone layer. AGC also continued to develop and supply raw materials and solutions to other emerging environmental problems. 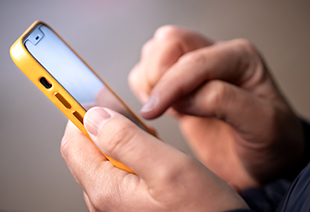 The concept of the smartphone first emerged in the 1990s, but it was in the second half of the first decade of the 21st century that sales of these devices began to explode on a global scale. The continuing evolution and enhancement of smartphones is today linked to accelerating advances in Internet technology and services.

In 2011 Asahi Glass began to produce chemically strengthened smartphone cover glass. Dragontrail® cover glass for smartphones and tablets is today sold worldwide and continues to contribute to the evolution of smartphones. 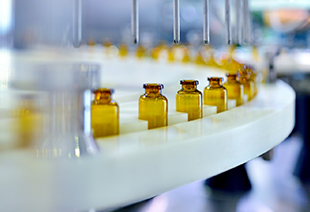 2016
Acquisition of a global CDMO

Asahi Glass started up its life sciences business in the 1980s. More recently it has expanded into the synthetic pesticide and biopharmaceutical CDMO business. In 2016 it further expanded that involvement with the acquisition of Biomeva GmbH, a global CDMO based in Germany. This was followed in 2017 by the acquisition of CMC Biologics, a global CDMO specializing mainly in animal cells. In January 2018, these companies began to operate globally under an integrated structure as AGC Biologics. 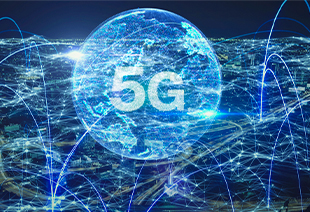 2020
Development of glass antenna that turn windows into base stations

In 2020 AGC developed WAVEATTOCH®, the world’s first glass antenna that allows windows to be turned into base stations. Mobile communication service areas can be expanded outdoors simply by applying these antennae to the inside of windows in buildings.