—Contributing to the creation of fair
and safe workplaces

AGC's mission is realized by its diverse human resources working around the world. By maximizing the abilities of each individual and creating an organization in which the whole is greater than the sum of individuals, business strategies will be realized and human resources will grow, leading to the creation of lasting value for AGC. AGC strives to create fair and safe workplaces so that human resources, the driving force behind all value creation, can work with peace of mind.

Contributing to the creation of fair and safe workplaces

Management and employees working together to create fair and safe workplaces

Respecting and utilizing diversity as well as ensuring workers are physically and psychologically safe are essential to being a sustainable company. All workers must be fairly recognized and valued regardless of sex, age, race or nationality, handicap, sexual orientation or gender identity, religion or belief, or values.

To this end, we are increasing the ratio of female managers and actively recruiting human resources of various nationalities and experiences, fostering a corporate culture that encourages challenges and actively incorporates diverse perspectives and ways of thinking.

To ensure that the diverse human resources who contribute to AGC's value creation around the world can work with peace of mind, management and employees are working together to take on the challenge of creating fair and safe workplaces. As part of its health and safety management activities, for instance, AGC engages in industry-academia collaboration with Niigata University to improve safety management at manufacturing sites.

To foster a workplace safety culture, the AGC Group uses diagnoses by a third-party professional agency to identify weak points in its organization and prioritize improvements. AGC is also engaged in industry-academia collaborative activities with Niigata University to improve safety management at manufacturing sites.

Niigata University is conducting research on organizational improvement utilizing safety culture diagnosis* methodologies and diagnoses based on the belief that preventing accidents at corporate manufacturing sites requires not only individual efforts but also the establishment of a system that reduces the likelihood of such accidents. Focusing on this research, AGC concluded a joint research agreement in June 2020 with Niigata University Associate Professor Akira Tose (Engineering Management Program, Faculty of Engineering; Social Systems Engineering Course, Advanced Materials Science and Technology, Graduate School of Science and Technology) and adopted safety culture diagnosis as a means of monitoring its own safety culture.

This joint research started with 6,000 employees at 21 AGC Group business sites in Japan and Asia. The scope of the study has since been expanded to 39 business sites with 21,000 employees (as of June 2022), and improvement efforts are being pursued on the basis of diagnosis results.

*This diagnostic method for safety culture has been developed since 2009 by a team led by Keio University Professor Kenichi Takano (Graduate School of System Design and Management, and currently an advisor to that Graduate School’s SDM Laboratory) and Niigata University Associate Professor Akira Tose (Faculty of Engineering) with the aim of developing a diagnostic method to evaluate and visualize the safety culture of business establishments with large-scale facilities, particularly in the petroleum and chemical industries. A questionnaire based on the eight-axis model for safety culture is administered to on-site employees at manufacturing sites, and the results are compared with industry averages to comprehensively identify the strengths and weaknesses of each manufacturing site for the purpose of improving safety culture. In this collaborative activity, Niigata University conducts the surveys as an independent party and studies the actual safety culture of the manufacturing sites while preserving the anonymity of the respondents. AGC is working to improve its safety culture based on the response results provided as feedback.

The AGC Group is striving to be an organization in which motivated and diverse human resources can play active roles. We spoke with one of our executive officers, who has worked throughout her career at AGC and in the public sphere to promote women’s empowerment, about her own experiences in taking on challenges and her perspectives on diversity.

I joined the company in 1987 as the first woman in a career-track position and was assigned to the General Affairs Division. My first job there was to wipe down desks in the morning and serve tea as well as to check documents to be stamped with the president's seal. I felt something was wrong, but I decided to take it in stride. That was how my career started. We were in the first generation hired under the Equal Employment Opportunity Act.

Even though men and women might have been working equally, the social groundwork had not yet been laid, so life stage changes gave rise to things unthinkable nowadays. When I reported my marriage, my immediate supervisor as a matter of course asked me about my intention to resign. It was commonplace for married women at the time to resign and become homemakers.

During my first pregnancy, I suffered from severe morning sickness but I tried to carry out my normal duties as if nothing were happening. After my child was born, I was happy to be able to take some time off using the newly established childcare leave system but moving to a new location near a daycare center with extended daycare combined with paying a babysitter when I worked overtime or felt ill saw my monthly expenses sometimes exceed my salary.

There were thus times when I felt physically, mentally, and financially challenged. Nevertheless, I was able to carry on because of my strong desire to do my best in my job and continue working at AGC.

When I returned from parental leave after the birth of my second child, I was at the end of my physical strength and had used up all of my paid vacation days. I realized that I would not be able to fulfill my role not only at work but also at home as things stood, so I asked to resign from the company. My boss at the time was a strict man, but he asked me if I really wanted to quit. When I replied that I did not want to quit, he told me to take off as much time as I wanted, saying that everyone has hard times and that the company was behind me. I couldn't help but cry in the conference room. That was a turning point for me.

Prioritizing childrearing and work tasks on an equal footing with your own health as the top priority, doing what you can when you can regardless of work hours, and managing your daily life with all the help you can get from family, friends and others are all things that may be taken for granted by today's mothers, but at that time it was an outrageous idea for an employee with responsibilities who was expected to prioritize work. I gave up on being appreciated at work and decided that I just needed to avoid going over the edge and being forced to quit.

Strangely enough, though, changing my work style did not adversely affect my evaluations, and after a while I was named to lead a small team of about four people. At the time, there was no such thing as a team leader who did not work overtime so I initially turned down the position as just too much but eventually gave in. What I discovered upon taking on the position was that the job of a leader is very similar to the day-to-day management of raising a child, in the sense that the leader's job is to utilize team members with help from all directions.

Since then, my two children have faced the ever-changing problems and challenges of growing up (it is genuinely tough to raise a person), and I have had to deal with these issues by involving my community, schools and other relevant parties. I have also gradually moved up step by step in the company and been given the opportunities to oversee numerous subordinates, and I feel I have managed to get through both aspects of my life by improving my management and communication skills.

Challenges still remain in an era of prominence for women's empowerment

Japanese companies began around 2000 hiring women for career-track positions in earnest and developing systems to support the retention of women, a trend that AGC has followed closely, enhancing its childcare leave and shortened working-hour programs and educating managers to understand these programs. As a result, women are now able to take childcare leave and work shorter hours with dignity. This has created an environment in which women can continue to work while fulfilling the roles required by society. From this period onward, AGC has also seen an increase in the number of retained female employees.

On the other hand, a corporate culture that involves transfers and long working hours gives rise to a phenomenon in which the majority of women who take full advantage of the childcare system prefer to work in what are known as "key positions" or "specialized positions" with an unchanging work location rather than in management courses. Although child rearing should have nothing to do with one’s leadership qualities and abilities, I believe this was par for the course at Japanese companies, including our own, at the time.

In 2002, AGC adopted "diversity" as one of the values comprising the Group's vision. Diversification has accordingly seen steady progress, and there are now people of all genders, backgrounds, and nationalities working at AGC. However, their numbers are still limited, especially at the management level.

While the door has been opened to minorities, a condition for being accepted into the core of the organization has been that they must think and act in the same way as the majority. Over the past few years, though, continuing expansion into new businesses and the accompanying large-scale business acquisitions have compelled us to accept different cultures at the core of our business.

Embracing diversity, whether it be in terms of gender, nationality, or other factors, requires breaking down one's own stereotypes, understanding that there are different lifestyles and ways of thinking, and trying to see things from the other side. It is not easy for those in the majority to rid themselves of stereotypes, but the current circumstances in which we are inevitably forced to accept different cultures seem to offer an opportunity to experience this process. I believe this experience will give AGC an advantage in accepting and embracing all kinds of diversity.

I believe that true diversity lies not in the presence of diverse people in numbers within an organization but rather in the ability of those people to demonstrate their abilities in the organization with their own lifestyles and ways of thinking. We need to move into that dimension, into what might be called “AGC's Diversity 2.0”.

This will not be easy. Gender-role bias persists throughout Japanese society. Decision-making in Japanese, a language used by only 1.7% of the world's population, also represents a high hurdle for foreigners and the majority may even have to change here as well.

I would like to see AGC's diversity take the next step for myself. When I was a new employee, I had no choice but to swallow all my frustrations and thoughts and accept the status quo. Now that I can talk about anything, however, I think I must communicate my ideas on what should be done to make this company, to which I have grown attached over my 35 years of work here, a better place for my juniors to take over. I also believe this will enable us to pass on a better society to our children's generation.

You can read about the AGC Group's diversity promotion efforts and more interviews with current employees.

Supporting the Evolution of Citiesand Mobility 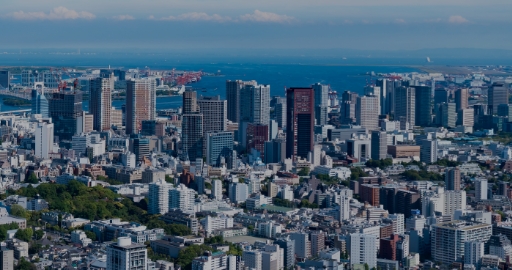 Realizing Longevity Society Where People Can Live in Good Health

Creating a Healthy and Secure Society through Connections 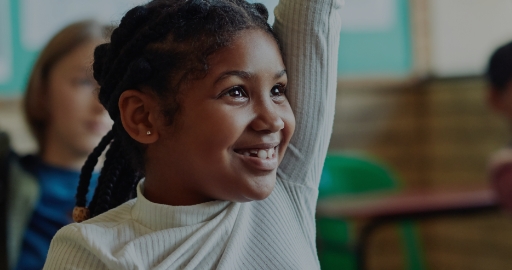 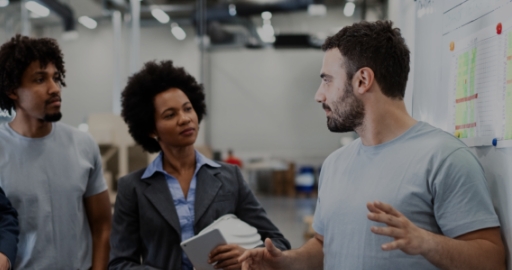